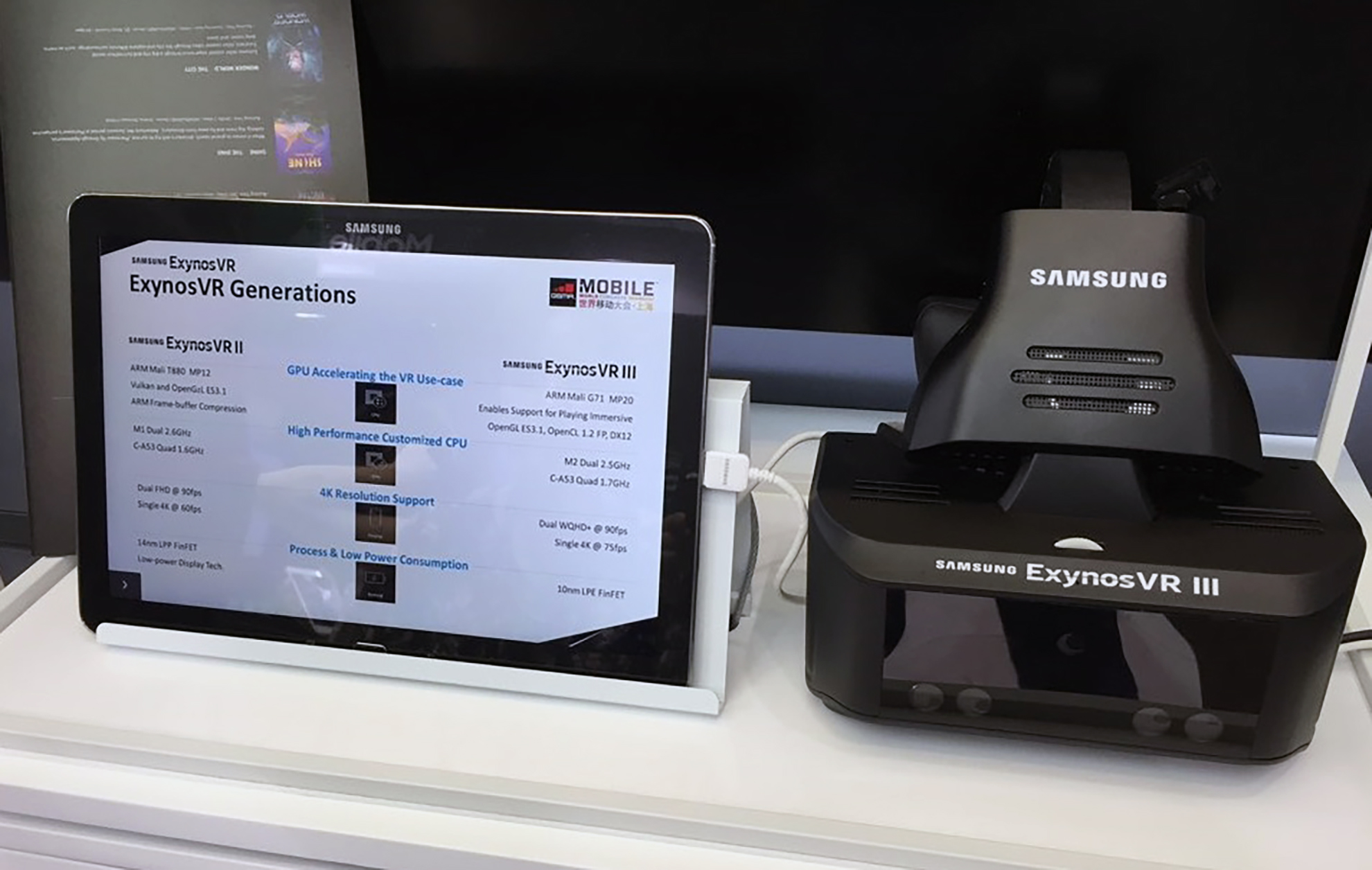 By having a high quality wireless powerful virtual reality headset which is completely mobile, we and companies using VR is going to be able to offer even more next level VR stuff on the go!

All indications show that more powerful “All-in-one Virtual Reality headsets” are set to become a reality by the end of the year, and Samsung has finally revealed its take on the concept of high powered high quality mobile VR headsets with the same power or similar to the Oculus Rift or HTC Vive.

The concept ExynosVR III looks like it’s armed with cameras on the front, likely used for inside-out positional tracking.